The idea for this series began in 1971 with the short story, The Sliced-Crosswise Only-On-Tuesday World and was finally expanded to its full potential as Farmer's last great series in 1985 with the novel DAYWORLD. Earth is so over populated that people are only allow to live one day in seven. The other six days they are put in suspended animation or "stoned". Each day a different person lives in your apartment, a different persion goes to your office and does your job. Unless you are a daybreaker, living seven different lives, one each day of the week. 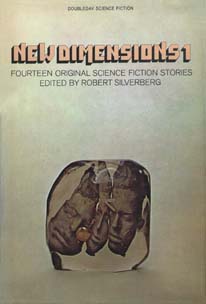 The first seeds of the idea that later became Dayworld. 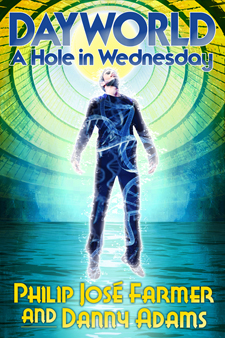 A HOLE IN WEDNEDSAY

A prequel novel set between the events of "The Sliced-Crosswise Only-On-Tuesday World" and main Dayworld trilogy. Begun by Farmer sometime in the early to mid 1970s and completed by Danny Adams in 2016. 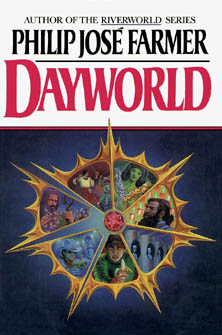 The population of earth has increased to the point where people are only given one day a week to live. The other six days they are 'stoned', placed in suspended animation until their day comes around. You share your apartment with six people you never meet and your job with six other people you will never see. Daybreakers however, live a different life with a different name, job, wife, everything, each day of the week. 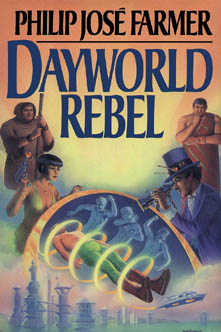 Book two of the Dayworld series. Daybreaker Jefferson Caird has been captured by the government but before they can brainwash him he escapes. This begins a government crackdown on daybreakers and now they are all on the run. 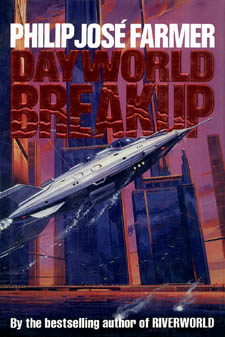 Book three of the Dayworld series. What Jeff Caird knows the government will kill to keep quiet. Can he stay alive long enough to tell the world, and what are the long term effects on the mind of having seven different personalities?