One of Farmer's more interesting characters, Father John Carmody has several adventures throughout the 1950's and into the 1960's. The most important story, Night of Light was expanded into a novel in 1966, and the original stories were collected in one volume as FATHER TO THE STARS in 1981. 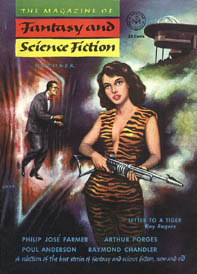 The first of the Father Carmody stories. Every now and then when I read one of Farmer's stories I think "Wait a minute, this is literature". When I say literature I mean the stuff I had to read in school and then discuss the theme and conflict and a bunch of other terms I don't recall. Look for this story to appear in your grand childrens text books now that The Lottery has been made into a tv movie. 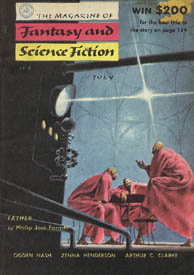 The second of the Father Carmody Stories. Space travelers make an emergency landing on an unknown planet and things begin to get strange. One of Farmer's stories with a religious theme but I need to reread it to tell you anymore. 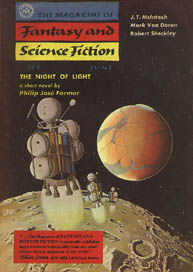 The Night of Light

The third and most important of the Father Carmody stories. Besides inspiring Jimi Hendrix with the phrase Purple Haze, this is the first time that John Carmody plays a big role, both as the lead character of the story and as the Father to the Stars. After he survives the Night of Light on the planet Dantes Joy, Carmody is chosen to be the deciding vote in the fate of the universe. 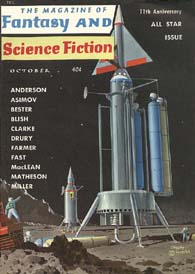 Murphy's Law squared. You ever have one of those days where the whole world is conspiring against you and everything that could go wrong, did, and them some. The final insult is when Brer John gets attacked by a rare bird and has an egg attached to his chest and he can't take it off until it hatches. 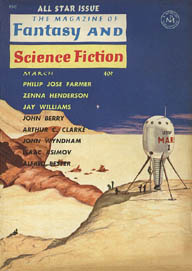 Conclusion to A Few Miles. Carmody has to live with the creatures whose rare egg he is carrying attached to his chest. He discovers that they are more intelligent than anyone new and must decide what wisdom to pass on to them and what wisdom they would be better off without.

The first third of this story was published as a short story in 1957. John Carmody is on the planet Dante's Joy. Most people sleep during the Night of Light, those who do not are never the same again. In this Novel Carmody returns to Dante's Joy years later to once again play a large roll in the fate of universe. 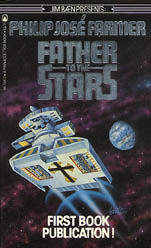 FATHER TO THE STARS 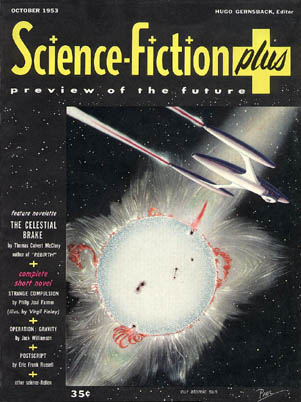 Carmody is not mentioned in this story but detective Raspold is. Raspold is mentioned throughout the Carmody stories as a modern Sherlock Holmes. 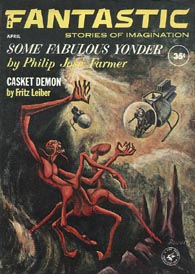 At the beginning of this story Raspold receives a message stating that Carmody has turned himself in. The rest of the story a detective story about Raspold.