Farmer's first science fiction story, The Lovers, was set in a future where the Church and State had combined into the Sturch. When the novella was expanded in 1961 much of the new content were details about the history of the current religion. The other two stories are not necsassarily sequels to The Lovers but they are set in the same future. 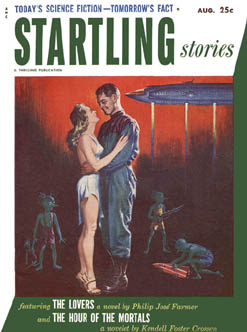 Farmer's first science fiction story which won him the Hugo Award for most promising new writer in 1952. The first scifi story to deal with sexual relations between humans and aliens. Considered ground breaking and instantly put Farmer on the map. 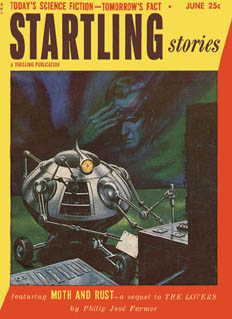 The sequel to The Lovers. An underground organization is smuggling females in from Ozagen to help overthrow the repressive combination of church and state known as the sturch. 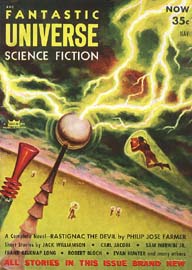 In The Lovers, Hal Yarrow discovers that the French had landed on Ozagen several hundred years previous. In Moth and Rust the French are long gone from Earth but their language plays a key part in the story. This is the story of one of the French exployers who left Earth in the 22nd century and corrupted a planet. 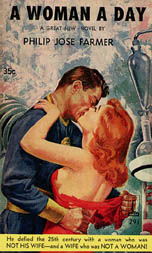 A WOMAN A DAY

This is an extensively rewritten version of Moth and Rust. In Moth and Rust the women are being smuggled in from Ozagen but in A Woman A Day they are genetically altered humans. This book was also printed as Timestop! and The Day of Timestop. 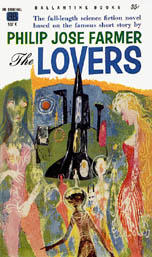 An expanded version of Farmer's first science fiction story. Hal Yarrow, the main character is a linguist (many of Farmer's characters are linguists) who is studying the languages on another planet. He discovers that the planet has been visited by humans before and he falls in love with a descendant of those previous visitors. However, she is not what she seems.