Written in 1974 and 1975 for CONTINUUM, a series of four books with several continuing stories. This story is about a man and the strange things that happen to him after his encounter with a space ship. The stories were collected and published as STATIONS OF THE NIGHTMARE in 1982. 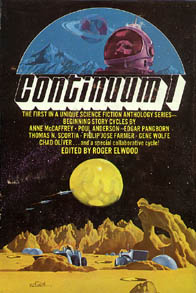 The Paul Eyre series is one of Farmer's stranger collections. In this story Paul shoots a UFO which is a living creature rather than a machine. Paul is "infected" by his encounter and while comatose has the power to heal and kill. 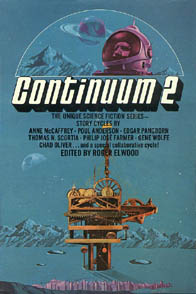 The organism inside Paul Eyre can heal those who are friendly to him and kill anything that is a threat. Paul wakes from his coma but can he be set free with his new powers. 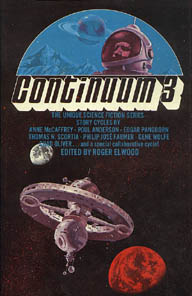 The Evolution of Paul Eyre

Paul begins to change and realizes his powers are much more than just being able to heal and kill. He also discovers that he is not alone. 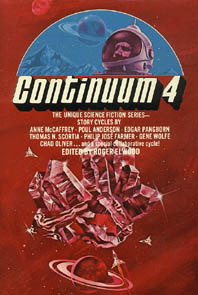 Paul now has control of his life. He uses his power to cure all the sick people who can come to him. Eventually he decides to move on and leave this world, but what does he leave behind?

STATIONS OF THE NIGHTMARE

Short story collection:
The Two-Edged Gift
The Startouched
The Evolution of Paul Eyre
Passing On
Osiris on Crutches 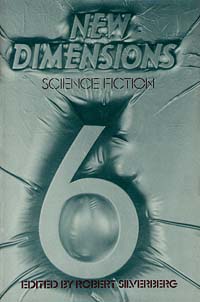 A character in this series is a science fiction writer named Leo Queequeg Tincroweder. In the story he describes the myth of Osiris and the story he wrote about it.